We are going to Munster!!!

On this page you can see bear’s friends, which had been made in 2013.
Click on the picture to see a larger image.

Badger has sewn from mohair and alpaca. Hi has four classical joints (paws) and lockline in the neck. Badger has black glass eyes and sculpted nose. He has stuffed with wool. 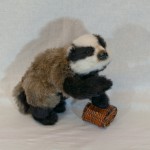 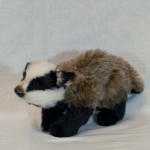 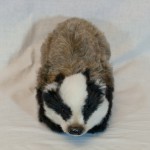 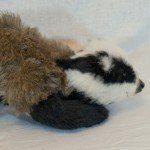 See below for details. 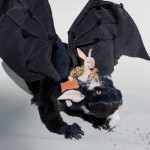 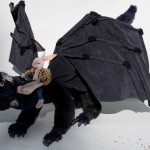 Kenny. 12cm. OOAK
Kenny has sewn from Frosted fabric. He has black glass eyes. The inner part of the ears made of suede. Ears can be given different positions (that allows you to change the mood of the Kenny). Kenny has five disc joints. He has stuffed with wool.
Accessories Kenny: chair and a book with leather cover. 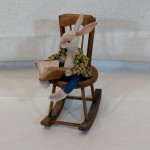 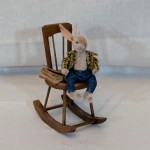 Meet, please. Dragon Grem.
The length of its body is about 60 cm, wingspan of nearly half a meter.
He is sewn from alpaca (deep green and deep blue colors). Grem has glass eyes with hand-painted iris. His nose is made from leather. He has small horns (I made them from “epoxy sculp”). Each finger on his legs can bend, allowing to be clingy. Grem has four classic disk joints in his legs. Instead fifth fixing I used lockline. Lockline extends from head to tail along the entire body and mimics the spine. Grem wings are made of alcantara and wire. They are not separated from the body. Grem stuffed with wool. 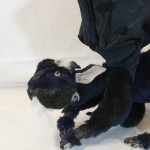 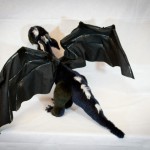 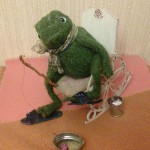 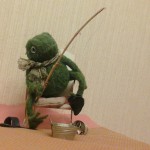 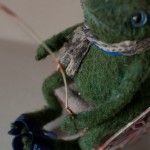 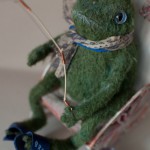 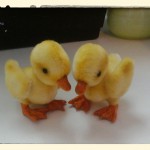 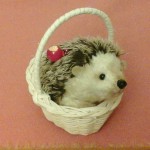 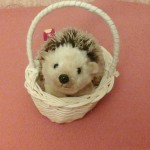 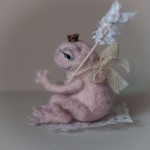 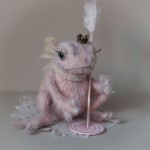 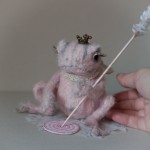 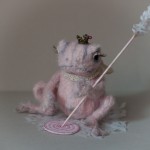 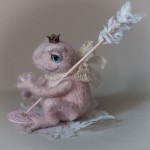